The seven seals, trumpets and bowls

a graphic overview of the seven seals and other series

It’s hard to see how all the different visions relate to each other. Are they in chronological order? Do they describe the same events from different perspectives? And how do the various “series”, e.g., the seven seals, seven trumpets, seven bowls, and three angels, relate to each other? It isn’t always clear, and that makes Revelation enigmatic and harder to approach. Unsurprisingly, this has made it the subject of rigorous study for over 2,000 years. And with the passing of the centuries, vastly different opinions and interpretations have arisen all over the world.

← to time to symbolism → 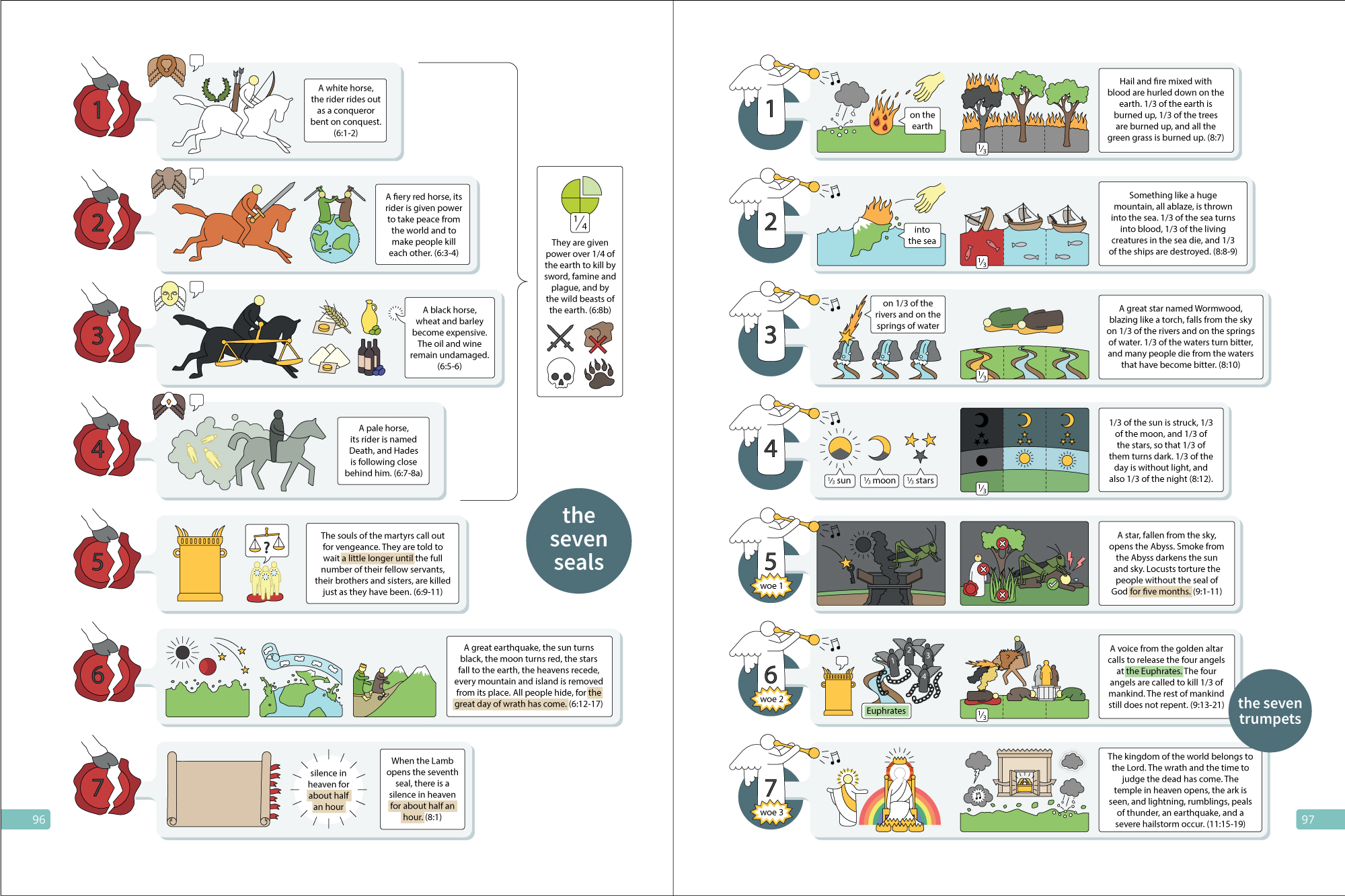 The infographic helps create an overview of all Revelation’s series. 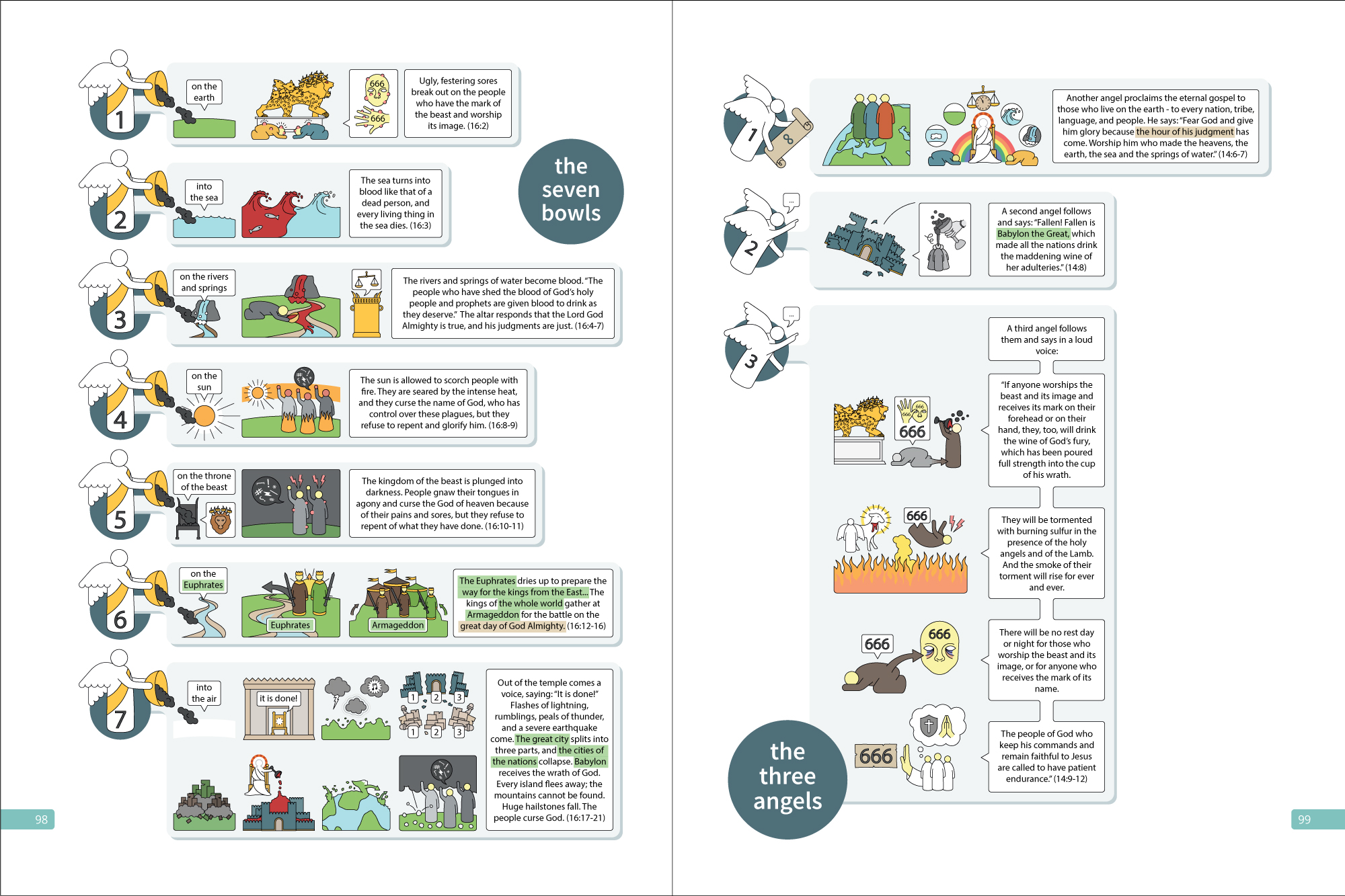 The infographics and overviews help you to draw associations, make connections, and ultimately see how they relate to each other.