The 144.000, Gog and Magog, the Lion of Judah and more of Revelation’s characters

The Book of Revelation is filled with a wide variety of characters, including Gog and Magog, the Lion of Judah, the 144,000 “sealed” and the four horsemen, that can be difficult to understand and interpret. One of the reasons that these characters can be confusing is because they are often not fully named or described in the text, leaving readers to speculate about their identities and roles. The abstract and symbolic representations can be challenging for readers to fully grasp, especially if they are unfamiliar with the symbolism of the text. Additionally, the mysterious powers and duties attributed to many of these characters, such as the “beast” referred to by various numbers and symbols, can make it difficult to fully understand their significance and purpose in the book’s narrative. Overall, the many characters of the Revelation can contribute to the overall difficulty of the text, but with careful study and the use of resources like Revelation Illustrated, it is possible to gain a deeper understanding of these figures and their role in the book.

← to overview to places → 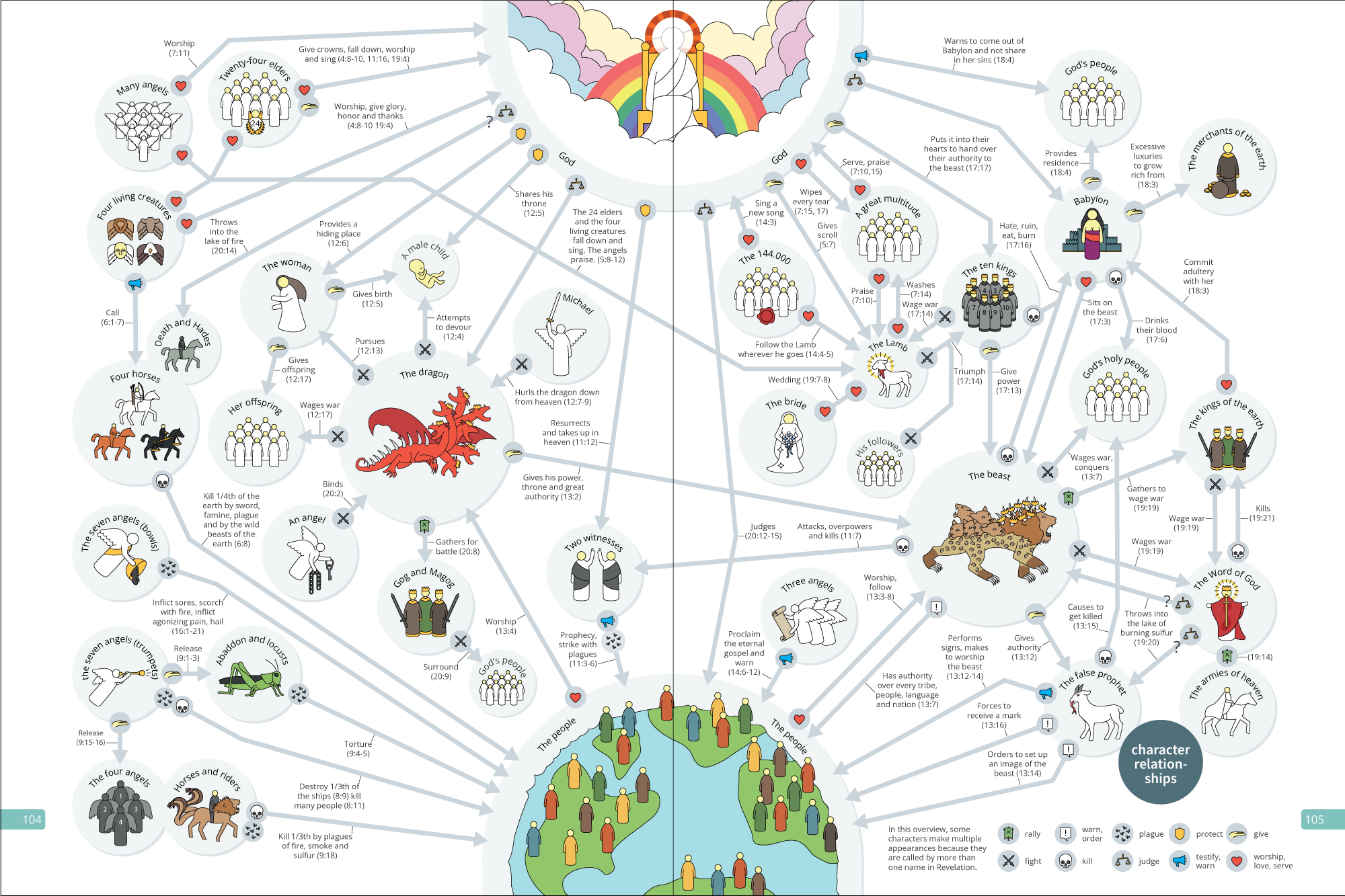 The four horsemen, the ten kings, the beast from the sea, Babylon, Abaddon, Gog and Magog are some examples of the many characters that are mentioned in Revelation. The infographic helps create an overview of all Revelation’s characters.