Deciphering the Symbolism of the Book of Revelation

Uncovering the Meanings of the Symbols and Imagery in the Revelation

The Book of Revelation is filled with imagery and symbolism that can be difficult to interpret and understand. From the beasts and dragon to the two witnesses, the text is full of enigmatic figures and symbols that are not fully explained or named in the book. This can make it challenging for readers to decipher the meaning and significance of these symbols and to understand their roles in the book’s narrative.

Another complicating factor is the disagreement about which specific visions should be taken literally or understood as a metaphor. When you read “something like a huge mountain, all ablaze, was thrown into the sea” is it really talking about a literal mountain? Or should a passage like that be interpreted through the lens of Jewish symbolism, i.e., maybe it’s about a king or kingdom destined for destruction? Who’s to say? And should everything be taken literally or symbolically? Or should one passage be read literally and the other symbolically? And if that’s true, how do we decide where the dividing line is?

← to structure to references → 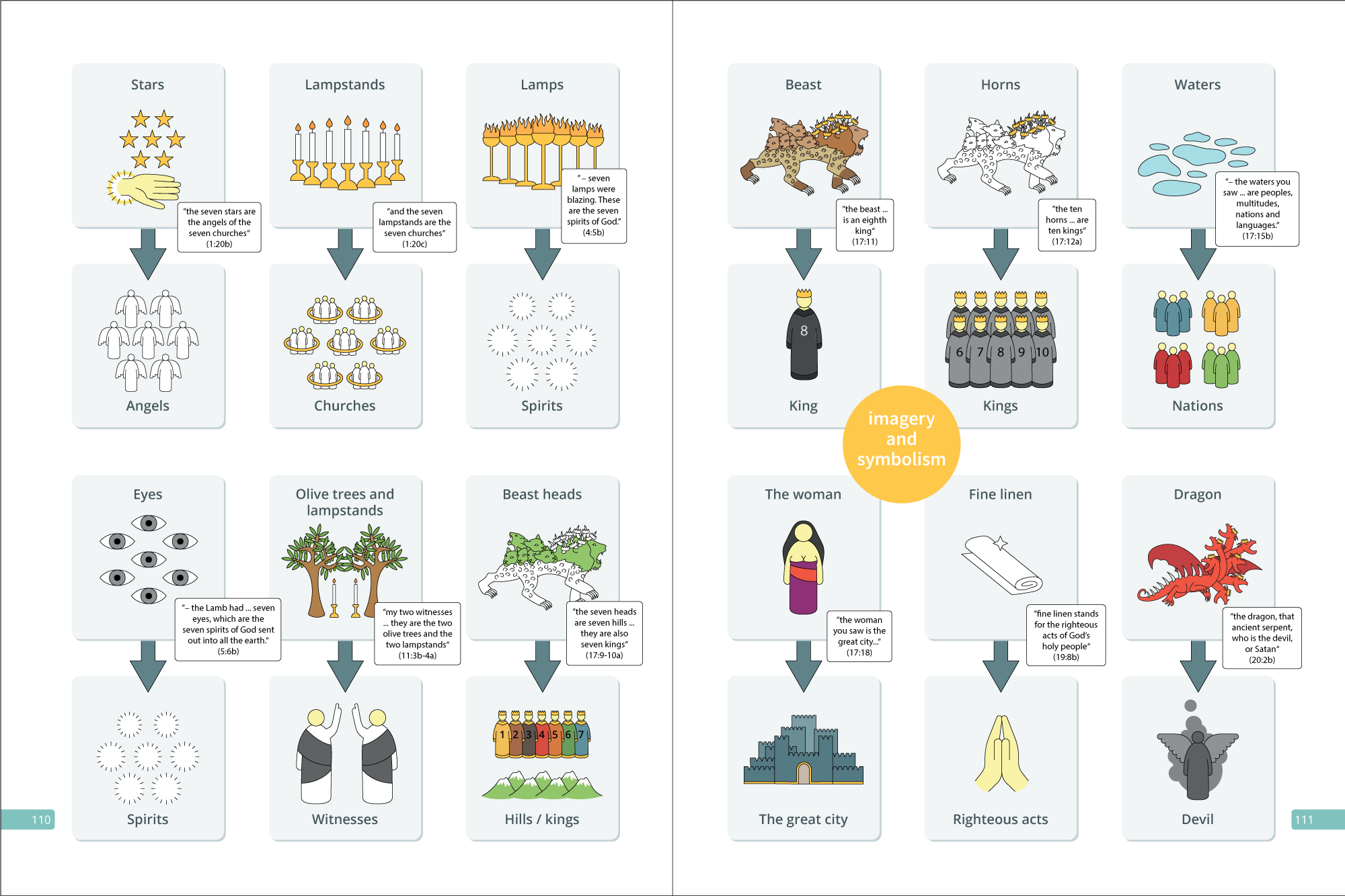